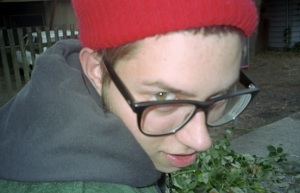 But I was talking about Dan. He’s working on his degree at the University of Washington and interviewed Melinda and me about stories in our lives. In fact, he made a little movie to illustrate part of my story. Take a look: