Looking for a job in 2019 is a humbling experience.

Especially after having worked at the same place for 24 years, a place that I helped create. As such, I haven’t had to apply anywhere for quite a long time. I didn’t even have to apply for the job I had before the one I created for myself. It was offered because I happened to be in the right place at the right time.

Geez, I sound old. In fact, I can hear you asking if I used something called the post office to deliver my completed application.

No, I delivered it in person, actually, and shook the hand of the person to whom I handed it.

Part of my current challenge is I’m finding myself all over the map when it comes to what I want to do next. I go in three different directions, sometimes within minutes of each other, each with their own compelling draws.

In the first minute, I’m drawn to the idea of simply going out in the world and trying to be of service. I’ve considered training programs for becoming a Spiritual Director, looked at applying for a weekend job at a neighborhood toy store not far from my home, and contacted an organization that helps train therapy dogs and their handlers to visit places like senior centers and children’s hospitals.

For a visual, I see myself doing something like Lucy from the comic strip Peanuts did. She set up a booth out on the street with a sign at the top offering help for the price of 5 cents, and a note at the bottom indicating whether the “doctor” was “in” or “out”. You might recall Charlie Brown coming by, plopping himself down, and pouring out his heart.

I will say that Lucy wasn’t too good at doling out advice, and I see my role as being there just to support folks, knowing that support is a two-way street. I’d get as good as I gave, I’m sure.

Turns out someone beat me to the idea. A New York pastor started doing this very thing a few years ago, down to creating a booth that looks like Lucy’s, outside his church.

My idea also makes me think of the outstanding Kurt Vonnegut novel “God Bless You, Mr. Rosewater.” Written in the 1960’s, the themes still have relevance today, specifically around the idea of philanthropy. The protagonist of the story, Eliot Rosewater, the son and only heir to an elderly millionaire, decides he wants to use his family fortune to help others.

Lawyers get involved to try proving that Eliot is certifiably insane.

It’s from this book that one of Vonnegut’s most famous quotes is found, and it is delivered through the warmth of his protagonist after he’s asked what he’d like newborns to know upon their arrival on Earth.

“Hello babies. Welcome to Earth. It’s hot in the summer and cold in the winter. It’s round and wet and crowded. On the outside, babies, you’ve got a hundred years here. There’s only one rule that I know of, babies — ‘God damn it, you’ve got to be kind.’”

This first minute, which must feel like a heck of a lot longer than a minute by now, also finds me promoting ordinary acts of kindness online, activity that includes having written daily compassion “missions” for the 2019 World Interfaith Harmony Week, posting weekly inspirational poems to social media sites, and adapting the 81 chapters of the Tao Te Ching into kindness-based poems.

Unfortunately, at least so far, none of these activities involve income. Well, I should take that back. I do acknowledge that I made $2.15 last week on Medium and my Patreon site is up to $15 in monthly pledges.

Enough of that first minute…

In the next minute, the second, I find myself thinking about the fact that I’m in my mid 50’s and might want to consider my retirement (ie — put some money away). In this minute I spend a lot of time reading job postings in the Bay Area. Most make my eyes water, probably a combination of tears, worry, and too much time staring at a computer screen.

Because, really, applying for work in 2019 involves a lot of computer screen staring, and hardly any time talking to actual people.

Still, I admit, there is some relief that comes from picturing myself with a job that has a guaranteed income and benefits, little things like health care, eyeglasses, and a rambling selection of numbers and letters like 4, 0, 1, and k (in parentheses).

In the third minute, I find a profound sense of peace, purpose, and meaning. I get creative. When in it, I’m convinced it’s one we can all access; in fact, I think babies and dogs are accessing it most of the time. It’s where fear dissipates and love emerges. When I’m in this state, something flows through me. This poem came out of one of those third minutes. Unsurprising, this shows up when I’m quiet and instead of thinking externally I reflect internally.

I will say that the third minute doesn’t come when I wake up in the middle of the night, as quiet as it is then, something that happens more recently now and usually involves a trip to the bathroom. These middle of the night sessions are, I think, a subset of the second minute and usually involve worry, a profound longing to see my children, and then, ultimately, noise-cancelling headphones — white noise and/or Native American flutes.

Another thing about this third minute, I’ve been communicating a lot via email with my friends David & Julie Spangler. David is a fairly well-known author, educator, philosopher, and mystic. His focus these days is promoting what he calls Incarnational Spirituality, the idea that we are born into bodies not to gain wisdom or to move on to some higher place after we die or to return to some greater whole. In our own individual wholeness, we are here to enhance other wholenesses.

The idea of Incarnational Spirituality calms me, which is why I’m putting it in the third minute and not in the first, although there is some strong overlap. In fact, if you want to learn more about it, you can join me Thursday night at 5pm PDT to hear Julie explain it via a free webinar. 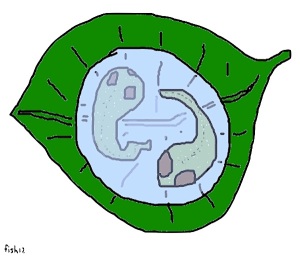 I was supposed to interview for a job last week, but it got cancelled by the COO of the company. It was for a Bay Area tech company management position. If hired, I would have been helping IT consultants bring more of their humanity to their jobs. I would have had a decent salary and all those desired benefits.

I was kind of excited by it, and disappointed when it fell through. I could actually see my work station as being a sort of Lucy-style booth with the IT consultants swinging by (or me coming to them) to get my support.

So, yeah, looking for a job in 2019 is a humbling experience. I think the key for me as I move forward is finding work and arranging my life in a way that caters to all three minutes.