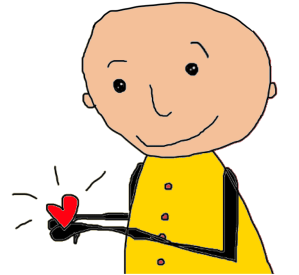 In the book “The Power of Kindness,” author Piero Ferrucci talks about how human beings are able to “resonate” with other human beings.

I love this concept.

In other words, if you’re ever feeling out of sorts, alone, or untouched, try telling the story of something that has touched you.

A few years back, I developed a class for teenagers on the subject of empathy. I wasn’t at all sure how many students would be interested. And since the classes that get scheduled at Puget Sound Community School are determined by student interest, I honestly wasn’t sure if this class would make the cut. Typically, more than 75 classes are offered to the students for each of the school’s main three terms, and the maximum any student can attend is around 20.

When I pitched the empathy class, I told the story of visiting my newborn daughter Ella in Children’s Hospital one Saturday morning in early 1997, she having been admitted (along with my wife, Melinda) because of a possible case of meningitis.

Ella was only 2 weeks old.

The day before, we had taken her to the doctor because of a high fever and the doctor ordered us to the emergency room. There, Ella experienced a spinal tap, during which the nurse’s assistant passed out and Melinda had to step in and hold still the crying/screaming baby Ella while the doctor inserted a needle into her spinal cord to get a fluid sample. Fearing meningitis, the doctors hospitalized Ella and treated her as if she had the illness while the fluid was tested over a period of three days. Melinda stayed with Ella while I was at home with her older sister, Chloe, not quite 4 years-old.

So early that Saturday, with my mom having come to watch Chloe, I arrived at Children’s Hospital to be with Ella and Melinda. At that time of day, they have a special entrance for parents. I entered there and took the elevator to the Intensive Care Unit, where Ella was being watched.

Exiting the elevator, I encountered one of the most moving scenes of my life – a young boy playing with a remote control car. 8 o’clock, Saturday morning, playing like little boys all over the world, down the hospital hall came this pajama-clad boy directing his car, remote control in hand. Keeping up next to him was his father, pushing the IV cart, making sure it stayed attached to his little boy’s arm. It was so poignant that it took my breath away. A little boy just being a little boy on a Saturday morning. And a dad just being a dad, doing what he needed to do so his boy could play.

I told those stories to the students during my class pitch. Lots of students prioritized the class after that. It made it on the schedule.

I’m not sure if the class ever matched the stories that I think sold it, but it was a great class. The second week I brought in photographer Lynette Johnson as a guest speaker. Several years previously, when I first heard of her, she was trying to start a nonprofit organization.

To provide professional photographs to parents of their terminally ill children before they died. Yeah. Kind of hits you right there, doesn’t it?

Lynette succeeded in starting her nonprofit and has since been featured in People Magazine and on the TV show “Today.” She calls her nonprofit Soulumination and they’ve since expanded their services. They now take professional portraits, at no charge, of terminally ill parents so their children will have photos to help remember them.

Lynette told the students why she started the nonprofit, tearing up each time she told the story of one of the children she has photographed. 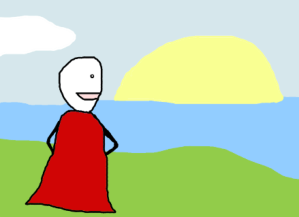 Two weeks after introducing the students to Lynette, I took them off campus to meet a couple in their 90’s who were living in the same retirement community as my parents. Both had lost their spouses and finding the other, they thought it made sense to share an apartment rather than pay for two. But the conservative retirement home wouldn’t allow this unless they married. So they got married. As it turns out, we learned the woman was at Pearl Harbor in 1941 when it was bombed.

What stories these two people had to tell a group of teenagers!

Feel the resonance? If so, did experiencing this resonance change how you were feeling? Pay attention to this.

What stories do you have to tell? Tell them!