We’ve had a relaxing day here in Nantes, the Boudeaus having given us access to their pool while they’re away. I’m providing you some additional photos from our weekend in Normandy. 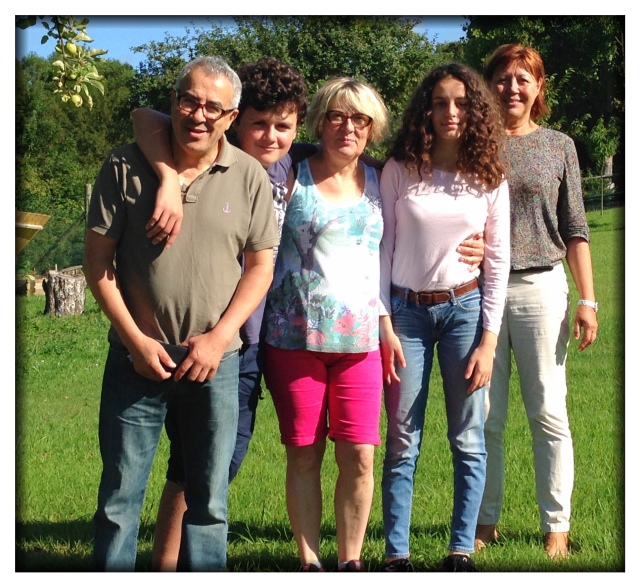 The four people on the left are a family from Paris with whom we had breakfast each morning at the AirBnB at which we stayed. They were beyond friendly, even giving us a jar of their homemade jam to take home. The woman on the right runs the AirBnB. She went well out of her way to make sure our stay was not just enjoyable, but wonderful. She also gave us a jar of her homemade jam. Why so much jam? It’s a delicious staple of a French breakfast, along with a baguette and butter, as well as a hot beverage of your choice. 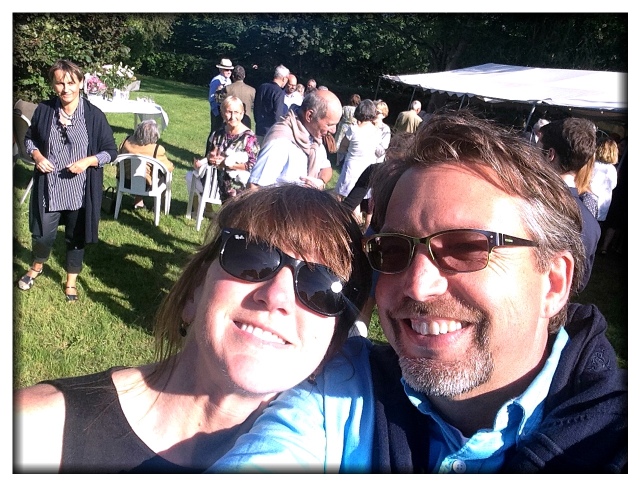 Here we are at the 60th anniversary party on Saturday night. What fun and what an honor to be included.

Melinda and the Sheep could be the name of a new reality TV show! Set in Normandy, it follows her from place to place as she tries to get them to eat from her hand.

Sunday, after mass, we all returned to the Bertail home for a delicious lunch served outside. The Nantes Bertail clan, minus the boys, kind of agreed to pose for me. Their album cover?

Speaking of the lunch, it was prepared by Bernard’s brother Dominique and his partner. It was so good that I asked Dominique, seen here with me, the protocol for getting the last tasty remnants off the bone. He showed me one way, and I proclaimed the chicken to be “finger lickin’ good.” We were the only ones to finish our chicken this way, if the answer to the protocol question interests you. 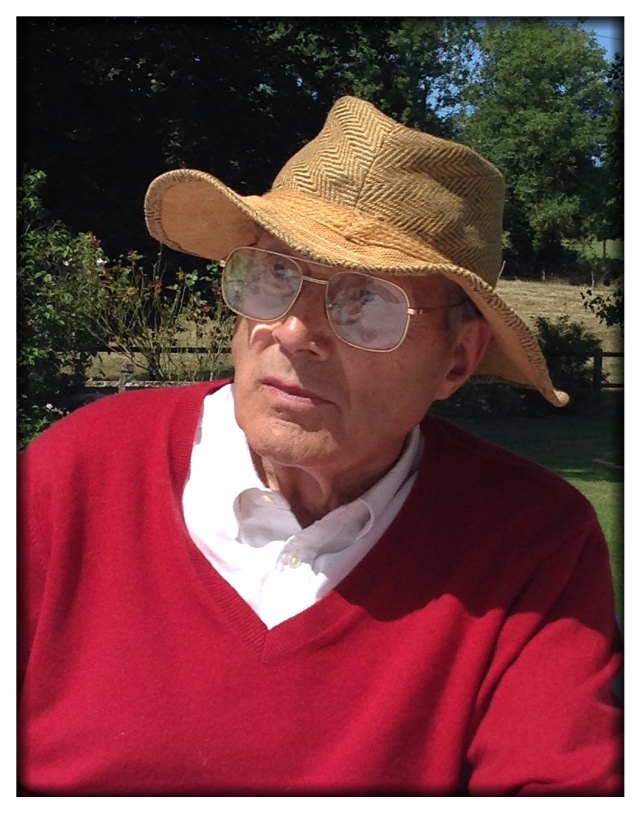 Monsieur Bertail is rockin’ that hat! 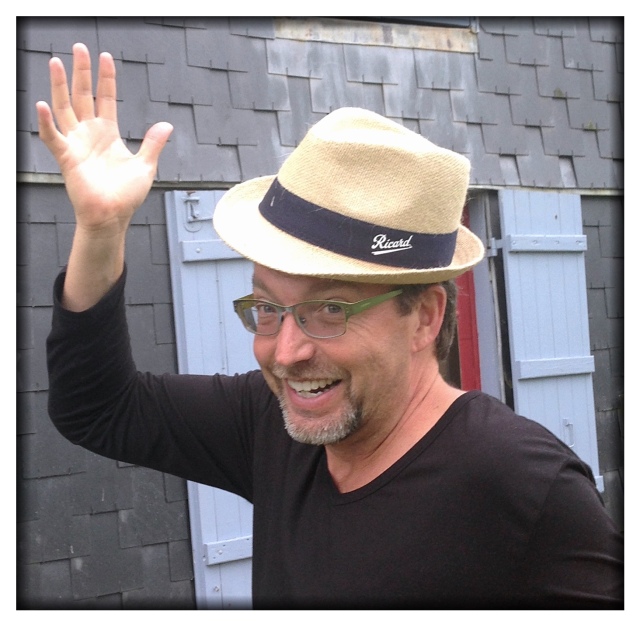 And speaking of hats, do you see that this one says “Ricard” on it? That’s my favorite French drink! I asked Bernard to take my picture. Unfortunately, I have that large Smallman head (Celeste said it must be to hold all of my jokes – about cakes?) so it just didn’t quite fit.

On our 3 hour drive back to Nantes we saw that some precious cargo is being transported across France.