I’ll post periodically and maybe even get back to daily posts in the near future. But for the time being, I’m going to take a break from trying to post every day.

Also, at some point I’m going to move posts from one of my other blogs to this one. For those of you who subscribe to this one, that means you’ll get a message each time I do this. You’ll recognize it happening once I start making the switch. 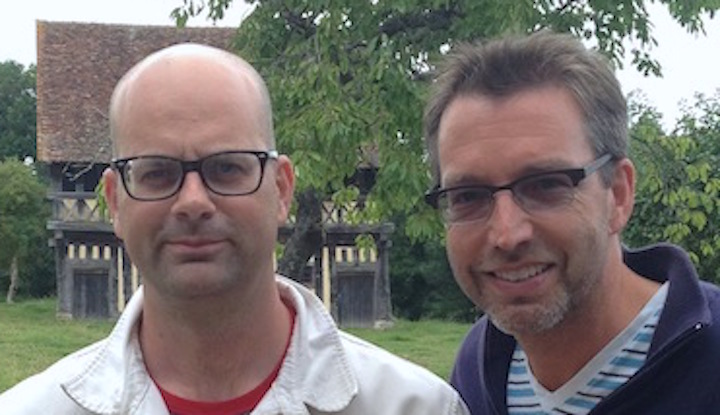 That’s Bérnard, Celeste’s dad, in this photo with me from 2014. He had taken me to a farm in Normandy where Calvados, that delicious French apple brandy, is made. I just want him to know that I’ve been thinking about him so decided to post this picture. Hey, Bérnard! 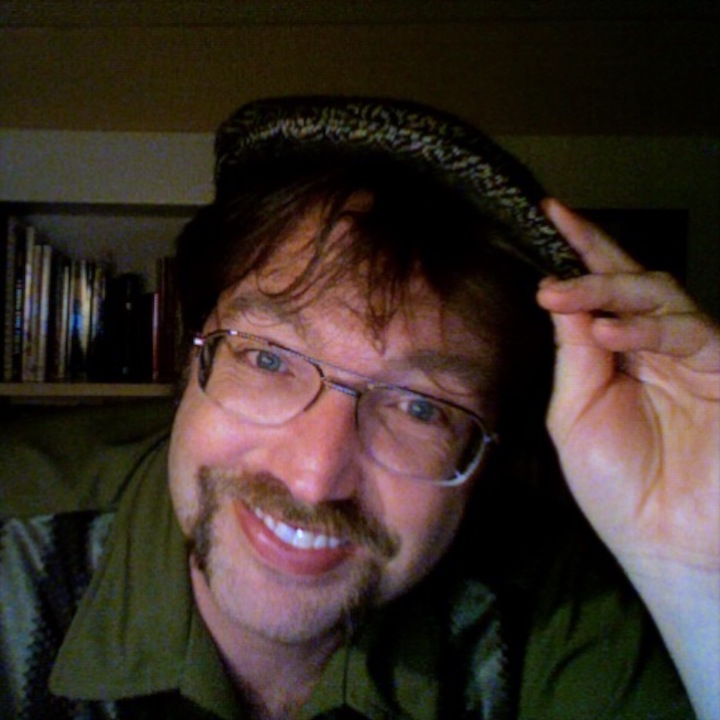 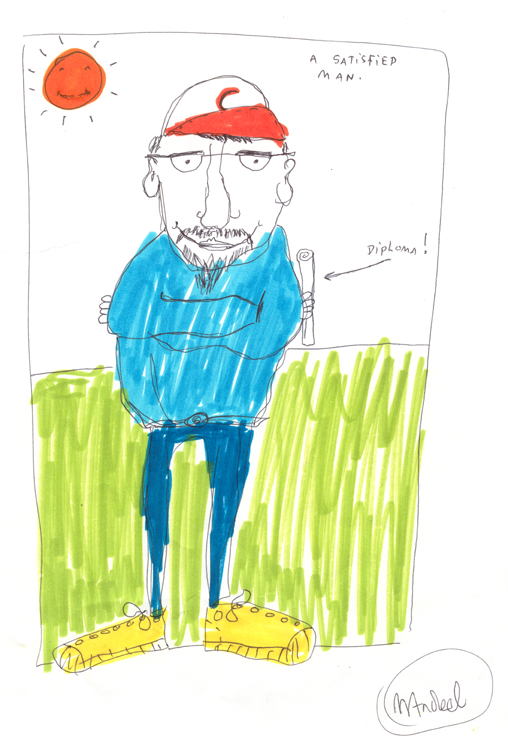 This picture was drawn of me by a friend in 1992 when I received my graduate degree.

Are you paying attention to my blog? Or are you too busy acclimating yourself back to school in Nantes? If so, I understand. If you get the chance, let me know how things are going.

You might recall that the last two months on the first Thursday, November & December, Kevin came over for dinner. He did the same tonight. Milo is at his class and Lynn is in Los Angeles again directing some TV show. 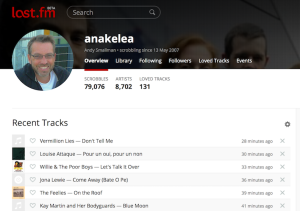 This time, it’s not one that I know, but Alex, Chloe’s boyfriend, knew about it. So I’m probably not young enough to know how cool it is. I can’t even remember the name of it. But it’s some blogger who is famous for interviewing Barack Obama. Kevin is sorry we didn’t manage to get a picture of you and Lynn.

Anyway, the photo here is a screenshot of the songs we were listening to during Kevin’s visit tonight. I made a lemon-walnut-chicken dish which came out great. Of course, you wouldn’t have eaten it, considering the chicken. But I made a salad, too, so you would have managed. Kevin brought a bottle of champagne in honor of Melinda’s and my 25th anniversary. You might recall that he was one of he few people at our wedding, duped into being a witness.

So that’s what happened at our place in Seattle tonight. What’s new with you?

I was so happy to receive this picture from my French running buddy, Laurent (second from the left), over the holidays. I know all of the people in this picture and am looking forward to seeing them this summer! 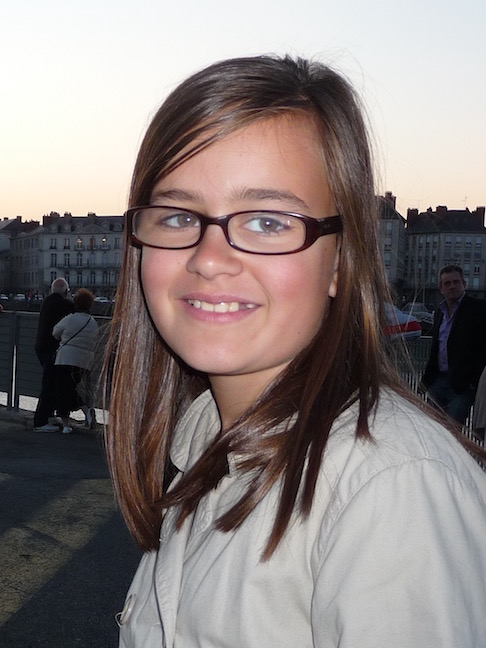 We’ve been thinking about Celeste the last couple of days, knowing she’s been back to her school in Nantes. How’s it going, Celeste? Remember, you owe me a special picture!

Melinda and I took Ella to catch the “Bolt Bus,” her transportation method for returning to her Portland home this afternoon. Soon after her departure and before even reaching Tacoma, Ella reported to me via text that they had encountered some snow. This only slowed the trip a little, as Ella also commented, and I quote, “My driver drives like Melinda.” She went on, “Keeps up with and passes cars.” This report came soon after she had told me that her bus had caught up and passed the Bolt bus that had left 20 minutes before hers.

Once in Portland, Ella announced that there were two inches of snow on the ground and her city bus was out of service. This caused her to have to walk home quite a distance while pulling her suitcase and wearing her backpack, both stuffed to the brim with bounty from home. She made it, however, and then sent a text about how quiet it is in her apartment. The solution to that? “I’m putting on some music.”