If you are unfamiliar with Groupon and are a fan of cost-saving concepts, you really should check it out. The word is a combination of two words, “group” and “coupon,” 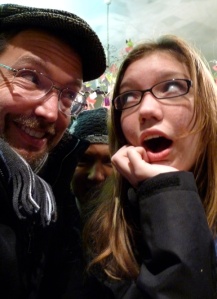 the idea being that if a minimum number of people sign up for an offer, one of which is presented each day, then the deal becomes available to all of them. If this minimum is not met, no one gets it. Groupon exists in a number of cities all over the world. I signed up for Groupon Seattle and used it for several things, including Chloe’s senior photos last year. Imagine my surprise when I discovered there is such a thing as Groupon Nantes!

As you might expect, Groupon Nantes is in French so to fully understand the offer I sometimes need to use a translator. This is where the fun begins! The explanations of the offers are often poetic and Google’s translations are hysterical. Today’s blog post title comes from one for a weekend getaway that translated as follows:

“Get out of your cocoons during those long winter months foggy, drizzly, leave the pollution in cities for the serenity of wide open time for a romantic stop. Groupon invites you to head for the Ile de Ré, you rub spray, let the wind blow like a gale of freedom in your hair disheveled, smelling the sea air wake up every part of your body.

“Le Relais Thalasso Ile de Ré opens one of its cozy rooms for a weekend under the sign of well-being. Upon arrival at the Relais Thalasso, you will be overwhelmed by a feeling toned and soft at once, triggered by the special glow of soft light and this unique space, facing south, which extends over five acres. Here you’ll enjoy all the pleasures of outdoor life, go for long bike rides through vineyards, tidal marshes and rugged coastline and relax in their space Hydromarin.”

I thought today’s photo fit the title somehow, especially when you see Melinda in the background, peaking through at the camera.